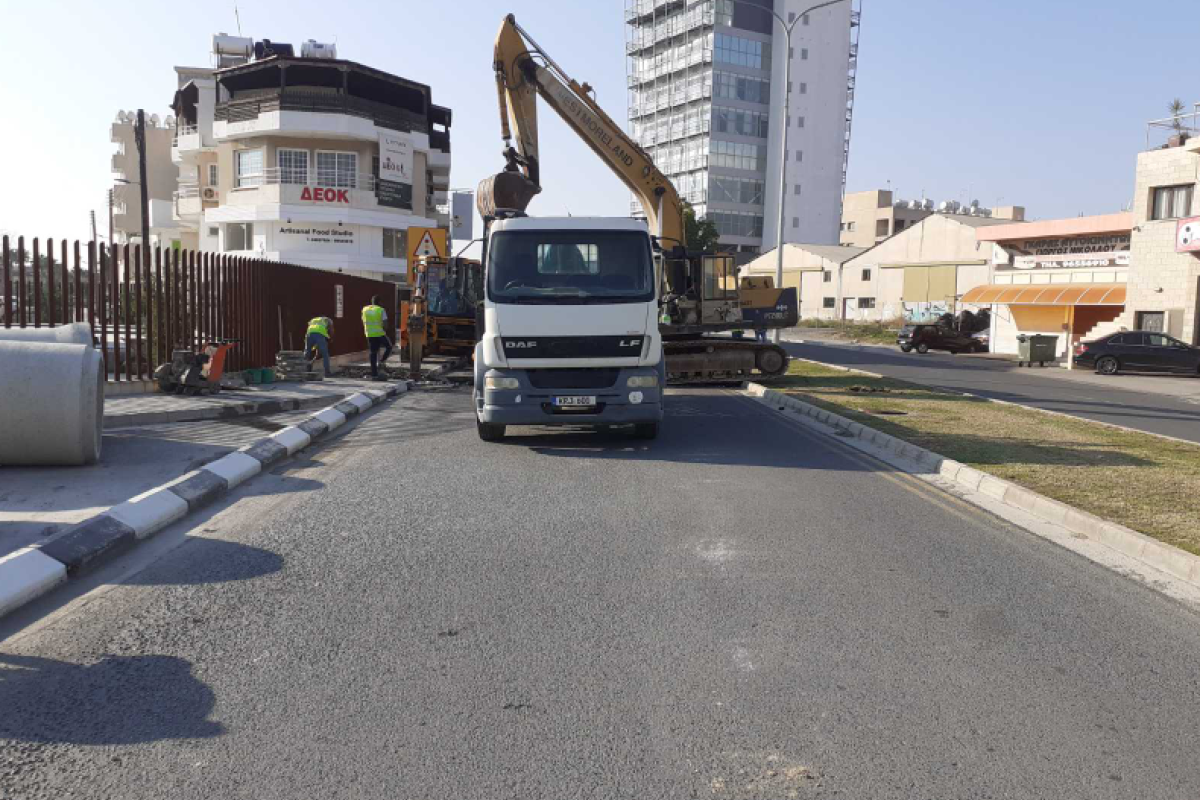 New, additional flood protection works have begun in vulnerable areas of Larnaca. The local sewerage board announced that work has begun on the construction of an anti-flood project, under the C20B contract, which will be built by the contracting company "S. HADJICHRISTOFI CONSTRUCTION LIMITED", which won the bid after an open tender.

More specifically, the C20B contract concerns the construction of 3.1km of stormwater pipelines to serve the catchment area around Alexandros Panagoulis Avenue, in Larnaca.

This is the road that connects Larnaca with Livadia, from Spyrou Avenue Kyprianou. The new network will end at the existing S8 stormwater pumping station of the Larnaca Sewerage Board, located on Alexandrou Panagouli Street.

The S8 pumping station flows into the existing canal of Spyrou Avenue Kyprianou. The project is worth 1,890,200 euros, plus VAT, and will be co-financed by the European Union's Cohesion Fund at a rate of 75%.

The works are expected to be completed by October 2023.

In another development, on November 3, 2022, the Larnaca District Committee of the Ecologists' Movement – Citizens' Cooperation sent a letter to mayor Andreas Vyras, regarding an overflow of a septic sewerage pit
on Aristeidou Street, in Larnaca.

During an on-site visit by members of the provincial committee, it was found that there is indeed an overflow of a septic sewer pit, of unknown ownership, resulting in stagnant water.

This fact poses serious risks to public health, since stagnant water is a source of infection in the area and a possible place of incubation of mosquitoes at a time when the existence of the particularly dangerous mosquito "tiger" has been detected in the municipal boundaries of Larnaca, for which the municipal health services have taken special measures to combat it.